↓ Skip to Main Content
Home › Uncategorized › What Reward Technique Should One Use?

What Reward Technique Should One Use?

gmccarthy Posted on September 1, 2013 Posted in Uncategorized No Comments 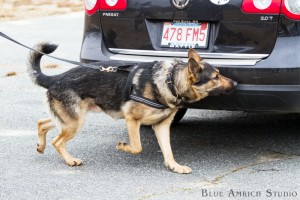 Following up on my post entitled, “Self-Rewarding and Supplementally Rewarding,” I have gotten a few private emails saying that folks were confused how and where the reward should be given.  One person indicated that her confusion was because she had been told to do several different things and now didn’t know which to use.

Because I think others may be confused as well, I will give my response here on my website.  When I asked what she had been told, she listed several different things.  Of note was that none of them were wrong!!  Rather, the issue really was WHEN a handler would use each of them.  So, I have listed them below in the order of WHEN I* would use each reward technique and I added some of my own.  *Others may do things differently, this is just what I would do.

1) Loading the hot box with lots of reward and not rewarding from handler.
I do this during the majority of my first six weeks . . . and even into a portion of my second six weeks of classes.  I do this because I want my dogs to know that it is “the find” for which they get rewarded, and so I condition my dogs to understand that this is what is being rewarded by allowing my dogs to self-reward when they find in the beginning on something that is REALLY MEANINGFUL to them.  The hunt is all about the dog and the primary — I do not want myself in the picture at all.  And because this type of introduction to hunting is usually so powerful and stresses independent working behaviors, my dog pays little, if any, attention to me.  By the third week, I have the dogs off leash, and they are usually out in front of me, searching for their salient primary among 30-40 duffle bags, baseball hats, baskets and all kinds of other stuff, along with boxes and chairs scattered all over the search area.  And, because most dogs are very motivated at this point, it doesn’t matter if I stop, sit down, keep walking or stand by the threshold when the dog hits the source.  My dogs are not paying any attention to me and I am irrelevant to the process (albeit I do believe that the dog, being bonded is aware of my presence in the room, and were I to completely leave the search area, the dog might orient to this difference … however this is a training issue too as our wilderness and rubble dogs work without their handlers in sight – though wilderness handlers usually wear bells that the dog can rely on in the background and rubble handlers usually don’t leave the spot from which they release the dog until he makes his find – but, again, this can vary as training progresses and it is always about what expectations you put into place).

2) Loading the hot box with 5-6 pieces of reward and also rewarding from handler.
This is my self-reward and supplemental-reward system I described in my earlier email.  I do this when I am introducing odor to my dogs.  When starting to work the dogs on unpaired-odor, the reward food can be delivered INTO the other hand cupped to form a bowl of its own as opposed to being dropped into the “bowl-sandwich,” but that “cupped hand” should literally be touching the “bowl-sandwich.”  When my dogs are just beginning to work on odor only, this is what I tell my students to do so they don’t contaminate the “hot-box” for the rest of the class.

4) Not pairing at all and just rewarding LOTS with cupped hand at source.
As Ron, Jill and Amy often say, “Pairing is never remedial,” and pairing can be used for a whole of host of things over the course of your dog’s career.  However, the dog must also be willing and be motivated to find a hide that is not paired.  So, yes, you will definitely educate your dogs that hides that are not paired also have value and “finding” unpaired hides will produce the reward your dog so covets.

“When handler is rewarding, I always have the handler
lightly spread fingers with cupped hand right on top
of the odor tin (so that dog is inhaling odor) and then
add food to the cupped hand, BUT food has been in
the hand as it drops down or up to reward.”

Again, these are my random thoughts and each CNWI may do something different….

Tagged with: What Reward Technique Should One Use?